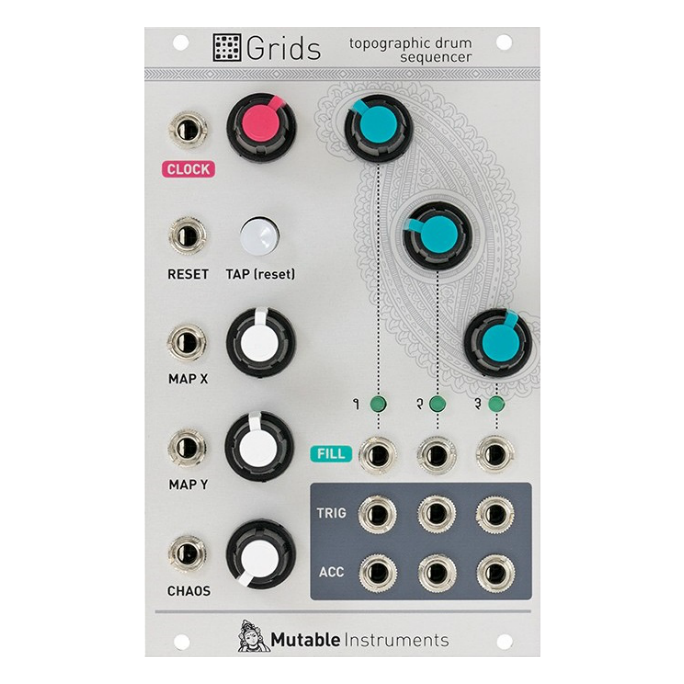 Mutable Instruments Grids is a 3-channel trigger generator specialized in the creation and sculpting of rhythmic patterns.

At the core of Grids is a map, that has been obtained through machine learning techniques, of the drum patterns used in a large collection of electronic music tracks and drum loops. The skeleton and structure of the rhythm is programmed by selecting its X and Y coordinates on the map - with smooth interpolation/morphing between points.

Once this skeleton is in place, variations can be generated by controlling the “event density” of each of the three channels - gradually morphing from a sparse backbone to a frantic pattern. X / Y map position, and the density of the 3 channels are all CV-controllable, allowing rhythmic variations to be created by any modulation source. In contrast to Euclidean sequencers which are purely algorithmic, Grids’ has “learned” patterns from actual data and with the right settings might generate a breakbeat or an influential Kraftwerkian beat.

Most patterns are best played with channel 1 = BD ; channel 2 = SD ; channel 3 = HH, but experimentation with other sound sources is of course encouraged.